Both grew up and live in Kansas. They met in 2007, shortly before the conception of the first inklings of what would later come to be known as Ancient Chronicles. Both compliment each other's developmental styles, and they work together seamlessly to continue the creation of the universe. 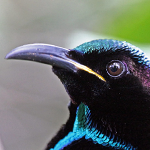 Kimberlea is a concept artist and creature designer. She loves to tell stories and spends her time daydreaming, researching, and bringing to life worlds and characters. One might also find her raiding an unsuspecting pantry. 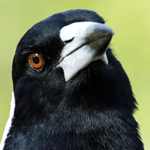 Samuel is an avid worldbuilder and storyteller. He's taken classes on photography and art, and spends many of his hours immersed in research in an effort to expand the believability of his work. He has a deep love for magpies, crows, ravens, and other corvids.

Legend has it that the universe was created by powerful beings known as Ancients. It's said that a dark evil had risen, but the Ancients sacrificed themselves to save what they had created. However, when the taint began to spread and horrific monsters began to emerge, everything everyone had ever known ceased to be. And now with a great darkness threatening to plunge the universe into ruinous chaos, any hope of restoring the peace has begun to fade ever farther away.

Ancient Chronicles is a sci fi fantasy webcomic epic about a progressive universe falling into chaos. The story is heavily molded by personal experience, the voices of many, and way too many nights spent researching weird things. Readers step into a beautifully imperfect world marred by corruption and discourse. Ancient Chronicles holds a heavy focus on world building, lore, inclusivity, and the perfect balance of science fiction and fantasy.

Reading the comic and sharing it with friends are two of the best ways to show your support. You can also follow us on Facebook, Twitter, and Instagram or join us on Discord! Come chat with us!

Also be sure to check out the additional Lore on our World Anvil page!

If you'd like to support the continuation of the story in a more direct way, donating is a great option. By donating, you'll be providing the Creators with funds to put toward web hosting costs, materials, future merchandise! A little goes a long way.

All donations will be made through Ko-Fi which allows you to donate as much or as little as often as you'd like. If you'd like to become a monthly supporter, have a look at our membership tiers. 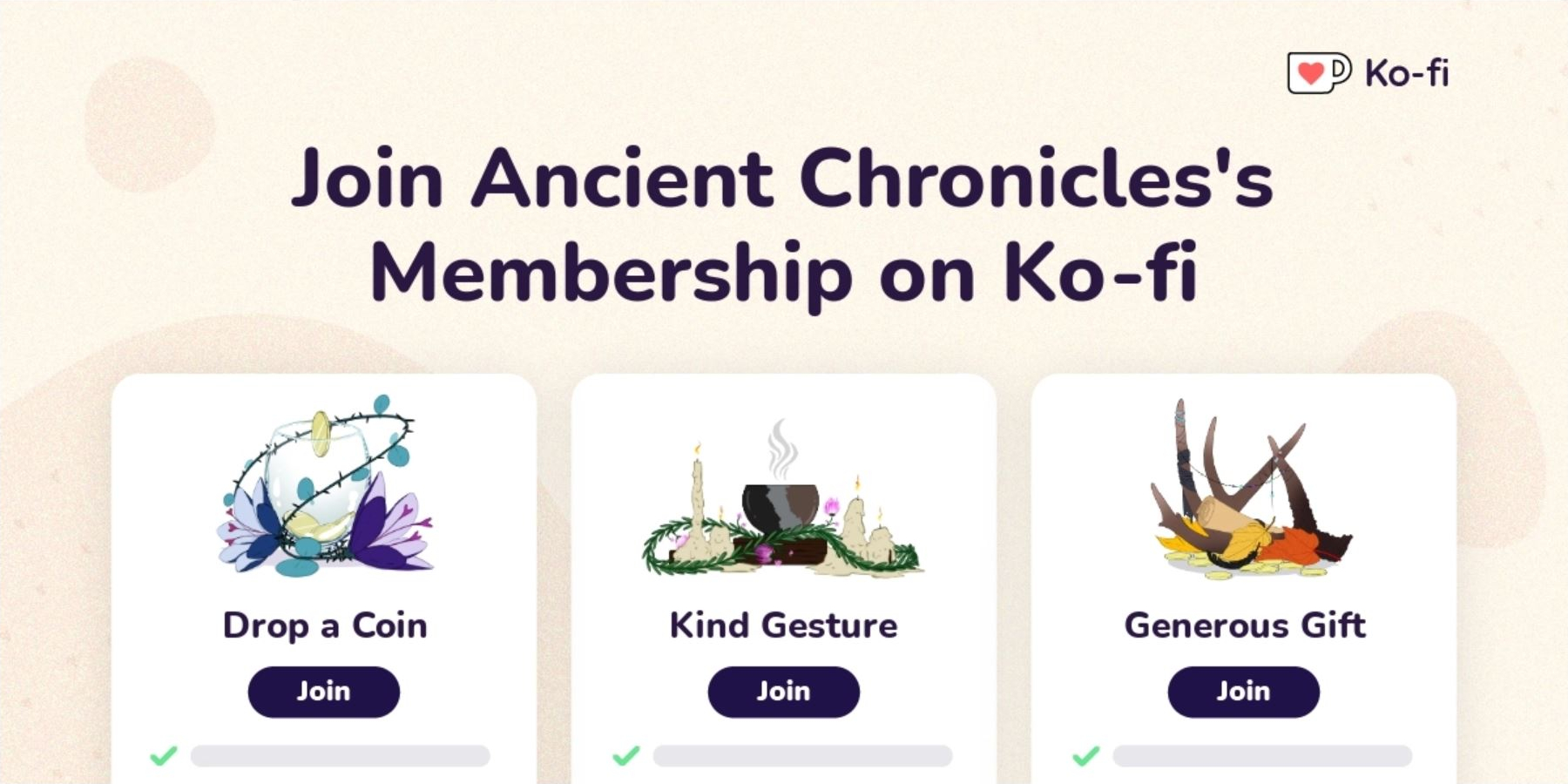 Thank you so much for your support!